Back in November Tim, Lauren and I presented alongside Kaysi Holman and Inés Vañó García from the CUNY Graduate Center about work we’re doing in higher education using Digital Ocean. The presentation was under 30 minutes long, pre-recorded in Streamyard, and aired two months later as part of the Digital Ocean Deploy conference. it can be easily found online via their Deploy Conference page on YouTube as well. The moderator, Erin Glass, was kind enough to bring us all together to make it happen, and her introduction is in many ways a short preamble of her brilliant article on Ethical EdTech published recently I really enjoyed presenting alongside the folks from the CUNY GC (my alma mater of sorts), but I agree with Tim that when planning what we would talk about I missed the mark a bit. Rather than talking about Reclaim Cloud and the Emulation as a Service idea, we should have talked about our work with the CUNY Commons folks to make a one-click installer for CUNY’s C-Box. That’s on me, and I will try and avoid letting my excitement with the latest cool thing happening at Reclaim Hosting “cloud” my judgement. 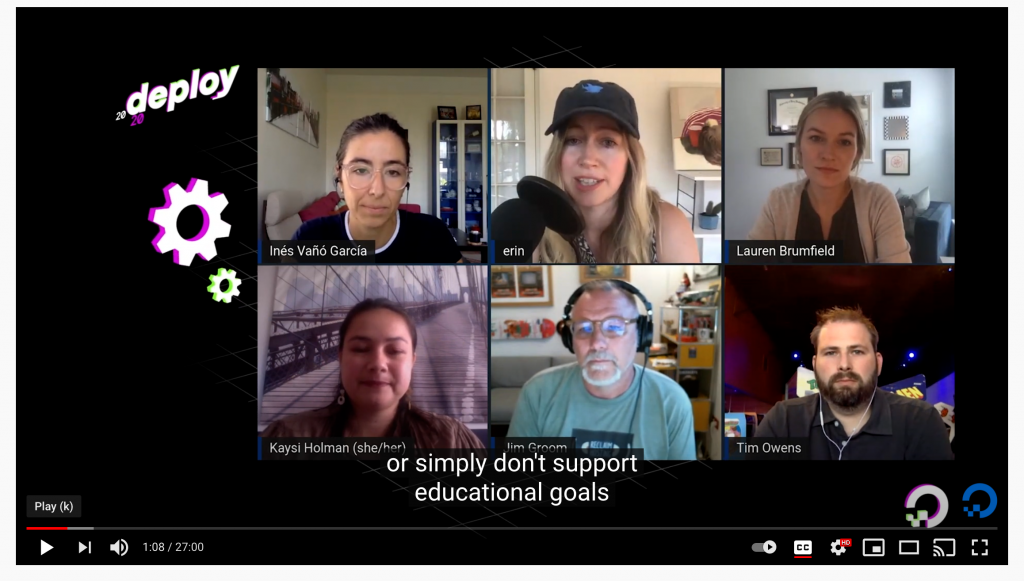 I appreciate Erin inviting us, and I also really benefited from seeing how they organized Deploy as a participant given Reclaim Hosting will be joining forces with the OER21 folks to put on a OER21/Domains online conference in late April, and we’re still very much imagining the possibilities for making this as compelling and accessible as possible. One of the elements of Deploy I really appreciated was that the session was pre-recorded almost two months in advance and allowed, which allowed for us to attend the online conference and actually participate in the Discord discussion not only during our session, but for almost a month before that.  This made getting subtitles done seamless, to ensure everything was accessible out the gate. 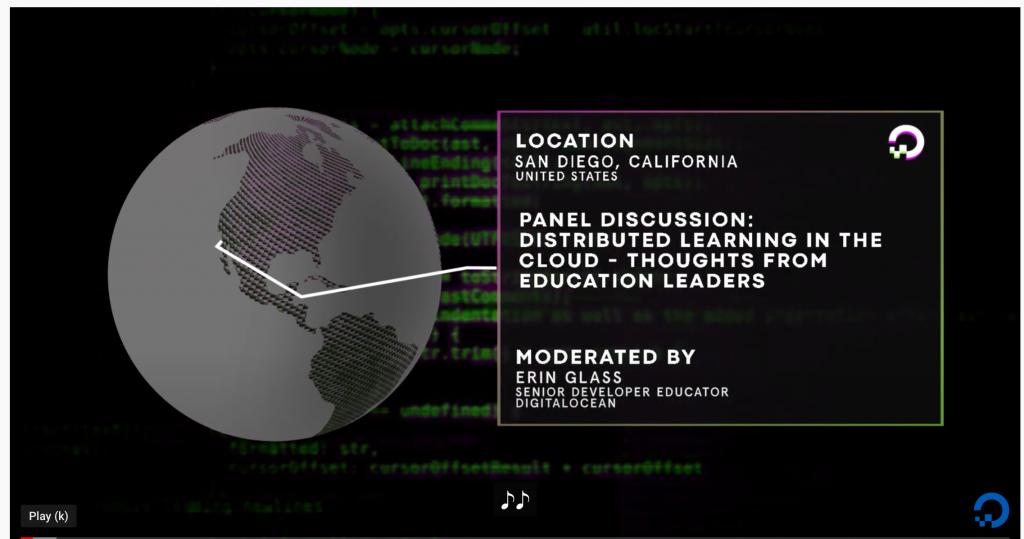 What’s more, the way the conference was presented there were multiple channels going at once via a Video player hosted on a single page, that also had the schedule. It could not have been easier to access what’s happening across the conference at any given time in one, fell swoop. I also loved the way the kept all sessions to less than 30 minutes, and had awesome preface art, TV-like bumpers, and highlights between sessions, not unlike the transitions between TV shows. And this kept me watching, which I think testifies to something quite powerful. My pre-recording and cleaning up transitions and announcements you have a much better chance of making sure everything is accessible and that folks will stay tuned-in.

And getting back to my lament about not talking about CUNY’s C-Box installer, I believe that having to groups (CUNY GC educators and Reclaim Hosting folks) in conversation makes that 30 minute time-frame that much more compelling. Everyone spent a few minutes sharing their ideas (which made it move well), but I think have a conversation between groups around topics like ethical edtech would be absolutely brilliant, I think this worked really well during the Against Surveillance session with Maha Bali, Chris Gilliard, sava saheli singh, and Benjamin Doxtdator. It was a compelling discussion that balanced both rehearsed points, sharing media, and extemporaneous discussion that was a near perfect combination. They were even braver in that it was live, but I think managing live across several channels for two days is a lot of work, so I would like to see if there is a balance there between pre-recorded and live.

As a start thinking about the Domains sessions in the conference I am wondering how we can connect folks running various projects across different schools with one another to chat, while balancing structured “formal presentation” (i.e. rehearsed talking points) with new ideas that emerge as part of conversations in the moment. That will be a key for me because I think that’s what makes these sessions compelling and memorable. 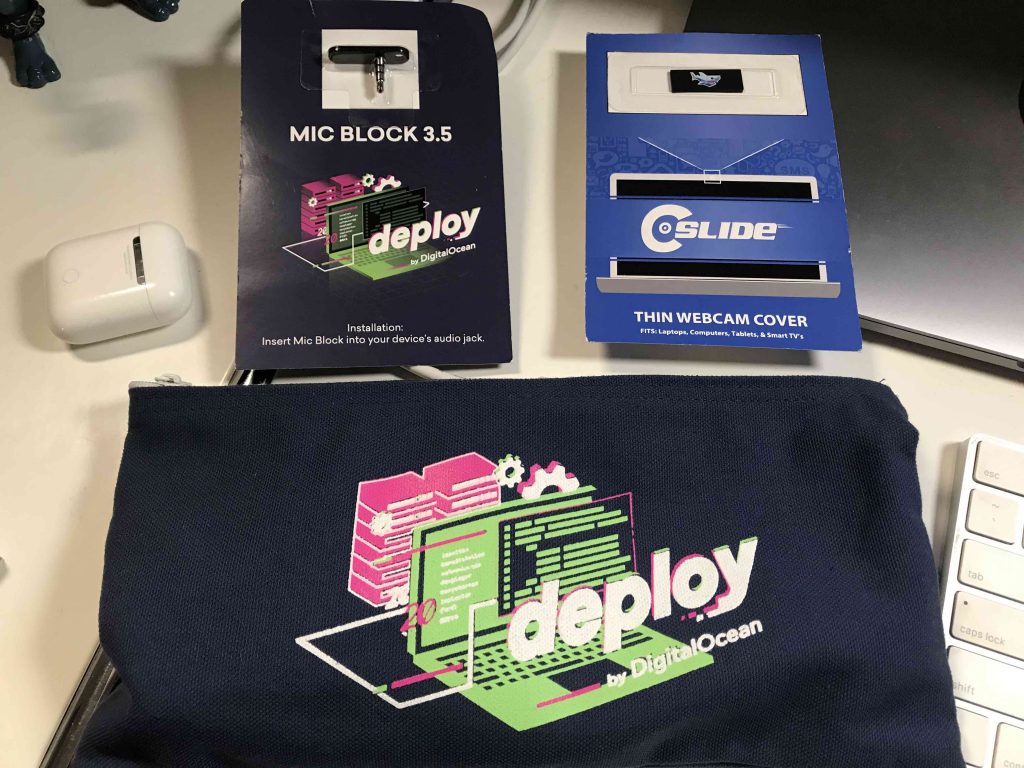 On a slightly different note, their swag game was pretty tight. Not only did they send a nice sweatshirt that arrived the day before the conference, but they also sent a cable bag, microphone port blocker, and webcam cover. Pretty interesting how those final two suggest a kind of ant-surveillance mentality for their participants and presenters, which was cool.

Anyway, these are all post facto notes about Digital Ocean’s Deploy as we begin to dig in for preparing for a fully online OOERxDomains 2021. It’s a fun challenge to work through, and the first step is stealing from other conferences that things that worked and learning from your own mistakes to make the next time around better.