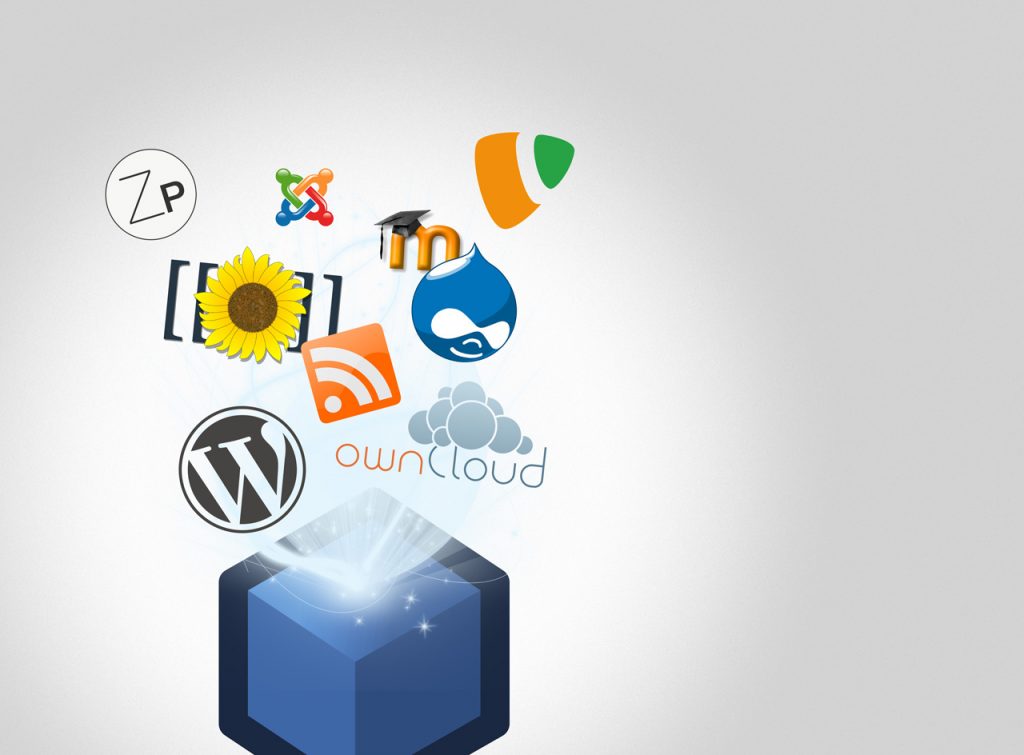 It’s hard to believe, but yesterday was the fifth of what Tim and I are officially acknowledging as Reclaim Hosting‘s birthday. I always thought it was the 28th of July, but as I’ll talk about here soon, my memory is entirely unreliable. Reclaim is now 5 years old! That is crazy to me, it has been both very quick and at the same time seems like I have always been a Reclaimer. Time is wild, it’s been 13 years since I took a job at UMW as an instructional technologist, 10 years since EDUPUNK, 8 years since ds106, 6 years since our pilot of UMW Domains, 5 years since we created the best little hosting company around, and now almost 3 years since I followed Tim’s lead and went full time at Reclaim. I think a lot about time on this blog, in fact this blog (and my daddy blog before it) is in many ways dictated by a sense of tracking time and trying to record the quotidian things that would otherwise soon be forgotten by my increasingly porous memory. 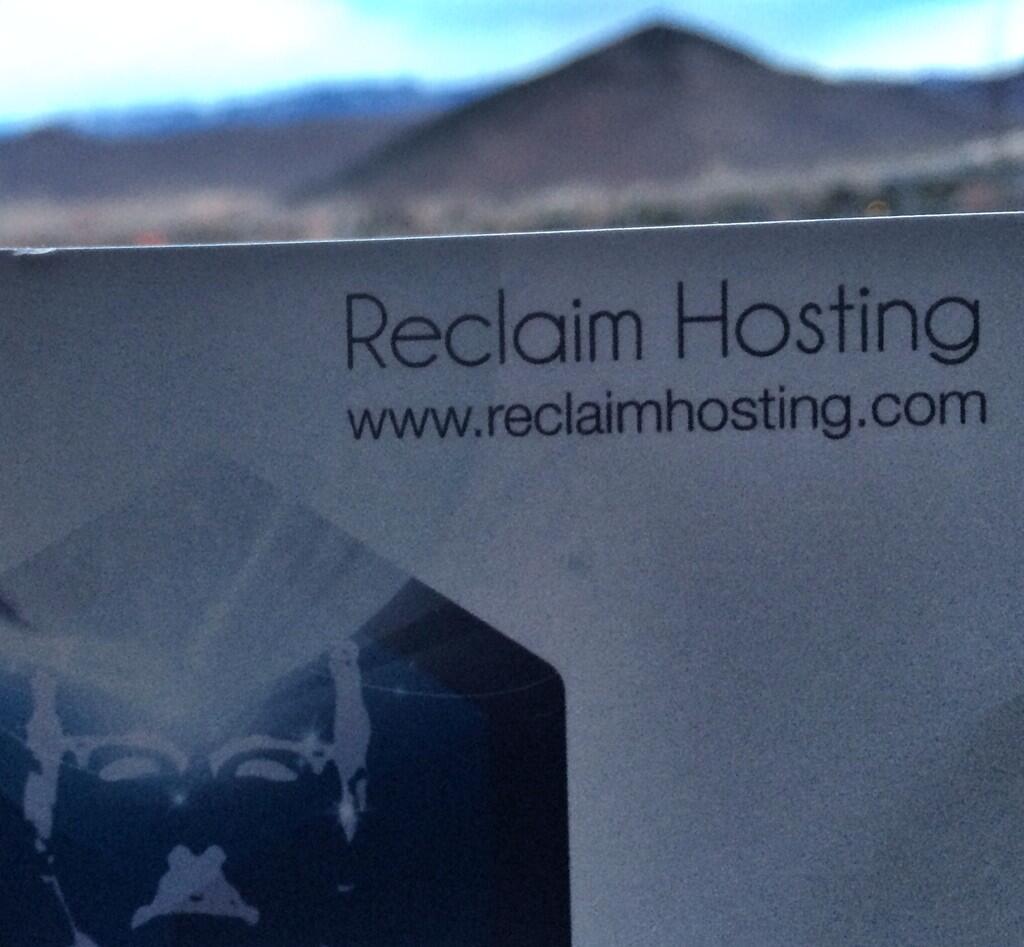 I like recalling the origin myth of Reclaim Hosting, because it makes me smile. I was coming off my lowest point personally; I finally quit drinking and committed to get my mental health in order—no small task for me—and few things could have been further from my mind than starting a company.  Tim and I toyed with striking out with the idea behind Reclaim Hosting in February (?) of 2013 after a trip to Emory University, but that discussion went dormant while we ramped up for the official launch of UMW Domains (which, as it would happen, we spent Reclaim’s fifth anniversary migrating UMW’s servers to Digital Ocean

). But once I returned from leave in the Summer of 2013 Tim approached me after his thankless vacation at the beach dealing with a Hippie Hosting server outage and, rather than throwing up his hands and jumping ship on the server admin life, he wanted to doubled down. He was like, “So, are you back or what?” [I had been mentally absent for a bit.] “Because I think we should start a company?” I was thinking to myself, “Wow, this guy is no joke, he means it?” I did think about stuff like going independent a lot, as most do, but rarely had I committed. But when I saw how serious Tim was and I knew what I knew about him, I immediately committed. That’s the power of Tim Owens. We decided on the name Reclaim Hosting, and that day (or a day later) we were heading to the county clerk’s office to become partners in a small venture that would literally make my life more a fairytale than the ongoing farce it had become

It happened really quick, I had a like $600 left over from the $5,000 Shuttleworth Grant David Wiley got me, and we used that to fund the first two or three months of a new server (clash.reclaimhosting.com) in order to run Reclaim Hosting in parallel with UMW Domains. We got some press immediately from the Chronicle, which jump-started interest by highlighting the fact we were offering folks a domain and web hosting for $12 a year. It was definitely an experiment, but the rush early on was a good sign we may be on to something. I remember the question we kept getting during those early days was will this continue beyond the year? And, we were pretty upfront that we did not know. We were transparent that if it did continue, we could not sustain it at $12 an account, and we would have to rethink pricing, etc. We had about $1400 in the bank in May 2014, which means we were running a profit of around $800—although neither of us were being paid by Reclaim. So whether we could sustain Reclaim was definitely a question mark, but that all changed when the University of Oklahoma reached out in June of 2014 for an institutional setup, then soon after Davidson College, CSU Channel islands, and Emory University—- the rest is history. 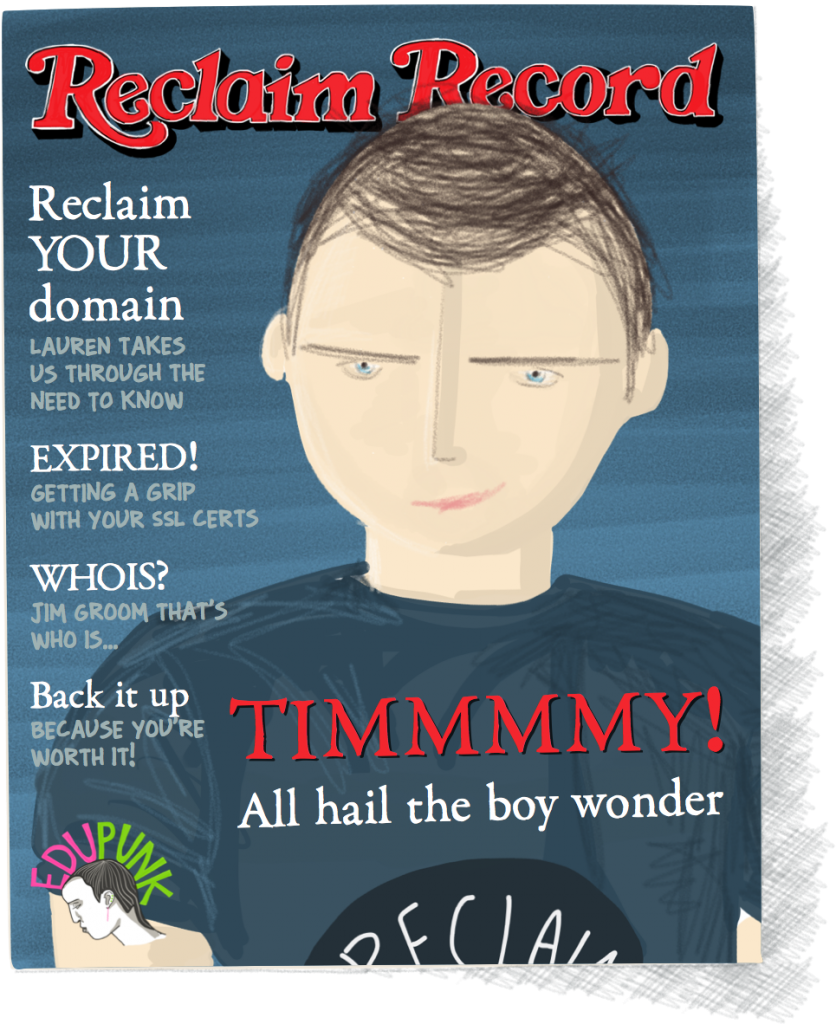 We have operated in the black from day 1; we always had a straightforward business model; we do not prey on our customers with product up-selling or data siphoning; and we remain fiercely independent in that we owe no one nothing—there are no investors we  have to answer to, and when an IT department or security officers find themselves puffing up their chest and making things harder than necessary to enable academic technology, we can simply walk away. In fact, one could argue it is because of those people that we even exist! I am really proud of what we start, and in that 5 years we have doubled in size in terms of people, with Lauren Brumfield growing with us for over 3 years now, and Meredith Fierro filling out support for a year and a half. Growing is tricky, and we remain vigilant of the issues tied up with getting too big too fast and forgetting why we did this to begin with. But you know what, 5 years on not much has changed: our support remains consistently solid; our prices remain as affordable as ever; and our commitment to helping faculty and students explore the open web for teaching and learning is still unflagging. 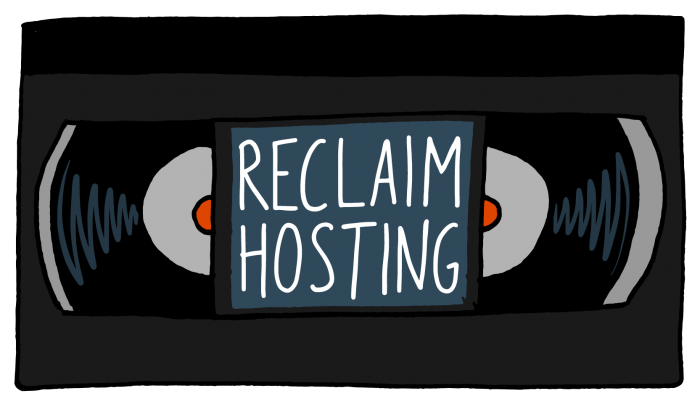 So, all this to say happy belated birthday, Reclaim Hosting, I remain a big fan! And, in honor of our fifth anniversary we’re resurrecting our first server, namely clash.reclaimhosting.com, which will truly mark the end of something, i.e., the migration of our last two Reliable Site servers on August 4th (beathap.reclaimhosting.com and joydiv.reclaimhosting.com) will mean all of our critical infrastructure is now on Digital Ocean. A project two years in the making—what did I say about tracking time on the blog? Making the myths one post at a time.