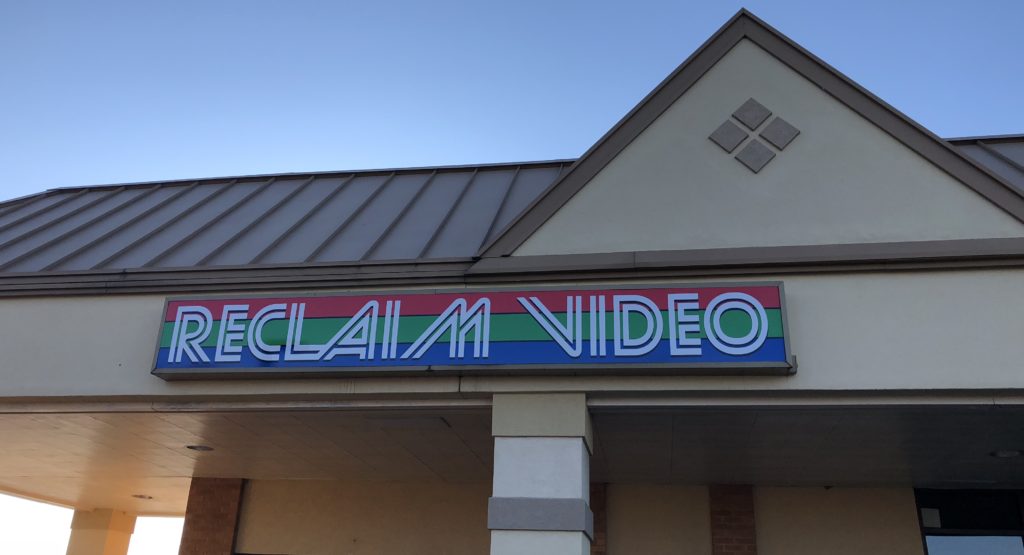 The road to Reclaim Video has been both an interesting and telling one. Less than a year ago it was still just an idea baby lurking menacingly under the surface of Crystal Lake. The “vision” was hatched while we were renovating our newly leased office space last Spring. The space is part of an 80s strip mall that effectively has two storefronts. The one we were renovating became CoWork, and the other was being used temporarily—but every time I looked at it I couldn’t help fantasizing about an 1980s video rental store. The fantasies were also inspired by the awesome experience of working on the Console Living Room exhibit we created at UMW in the Spring of 2015. 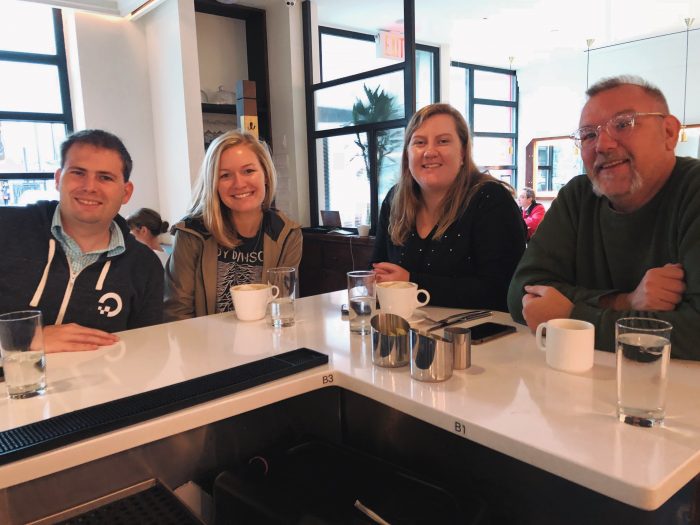 I think I first articulated the dark fantasies of Reclaim Video to Tim and Lauren in some kind of thinly veiled joke as early as May, but the intense preparation surrounding the conjunction of both the opening of CoWork and the launch of our first Domains conference meant it was summarily dismissed. What’s more, it was little more then “I want to turn that space into an 80s video rental store. hahahaha.” As brilliant as the idea seems now to just about everyone, hindsight is 20/20

It was not as fleshed out as one would hope, and while I kept on returning to it over and over again throughout the summer and fall, it did not become a reality until early November (so only 6 months ago). The idea came up again while we were enjoying a Reclaim NYC trip. Tim, who was trying really hard to make heads or tails of the idea, finally made the connection between Reclaim Hosting and Reclaim Video in his mind, namely evolving the record store idea [“Video killed the radio star”] as well as being a way to host a fun marketing campaign for Reclaim Hosting. And, with that, everything moved into overdrive.  We all agreed to the idea in NYC over a delicious diner breakfast (pictured above) in early November and by March we had gutted the storefront and created a full-blown video store circa 1984—it took all of 4 months once we committed. And that last point encapsulates my experience at Reclaim Hosting for almost 5 years now. There’s really little in the way of bullshit; we are a lean, mean academic hosting machine and once we decide to do something we lock-in and get it done. #TCB4life! 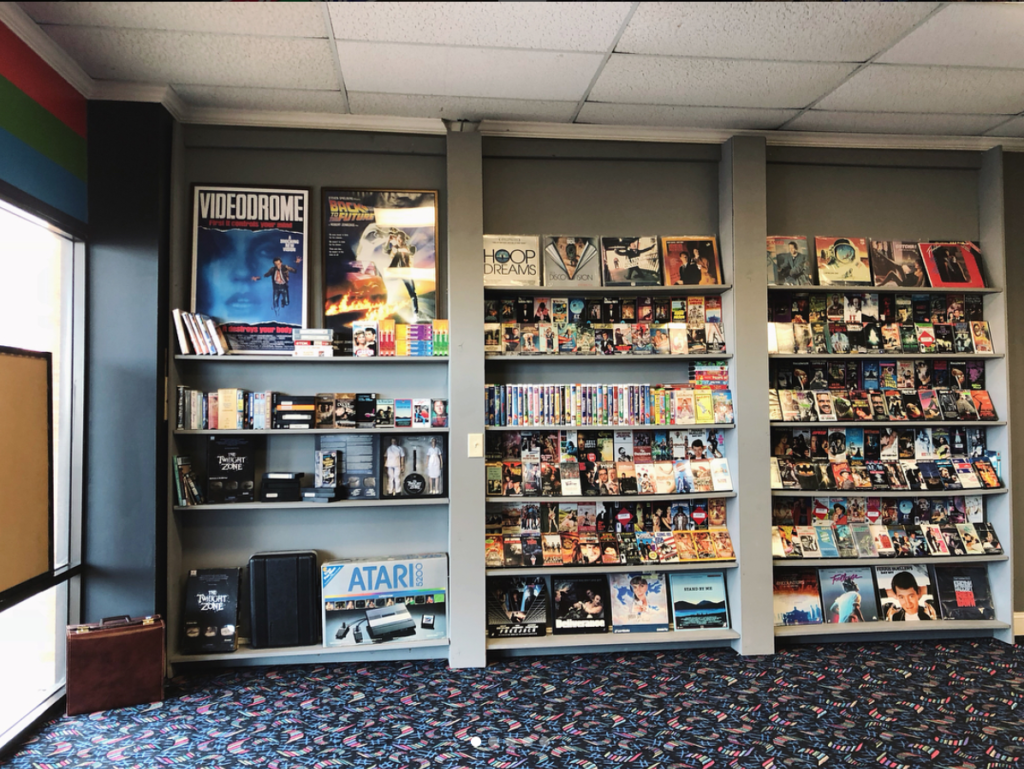 We’ve documented the process of getting the store up and running over the past few months, and we now have all those blog posts aggregating to Reclaim Video’s blog Room 237. Given that, I’ll spare you re-hashing that process here so I can actually get to my point.

And what’s that, you ask? Well, our coming out party at OER18, of course! I’m not sure when, but at some point in December or January we got the notion of transforming Reclaim Hosting’s sponsorship of OER18 into Reclaim Video’s. The conceit being that this new Ed-Tech start-up, Reclaim Video, was delivering an innovative and timely disruption to the Higher Education market: VHS!!! We approached ALT’s CEO Maren Deepwell with the idea, and she was fully onboard. Those of you who know Maren will not be surprised by this, and I fell in love with the folks at ALT when I spoke at OER16 because I deeply related with how such a small, focused crew could bring so much goodness to so many. After that we decided to do our part to help fund OER17 and now OER18, but we had no interest in the usual vendor trappings—the sordid depths of which Adam Croom’s recent post about OLCInnovate highlights quite alarmingly. So, Reclaim Video provided us a way to still do something fun and actually be part of the conversation, even if from 30 years ago 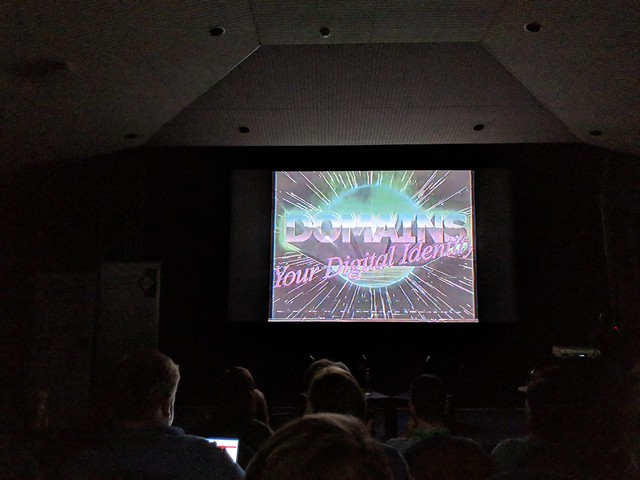 OER18 took place at The Watershed, an Independent Cinema  and “Creativity Centre” in Bristol, and all the presentations were in movie theaters. As luck would have it, this was perfect for what we wanted to do. We had made a mad rush to finish the Reclaim Video storefront in March so we could create a short film that we would debut at OER18. And, we did! I’m not sure what it is titled, but it provides a kind of alternative reality wherein the employees of both Reclaim Video and Reclaim Hosting find themselves in a 1980s era storefront talking VCRs and websites. Synergy baby!

And that was how OER18 started, Maren put the tape in the VCR, lights went down, and 5 minutes of magic ensued

It was fun, and the fact there really is a Reclaim Video in Fredericskburg, Virginia that will be sending folks all over the world copies of this video on VHS tape over the next 3-6 months makes me smile. Faith in a seed. 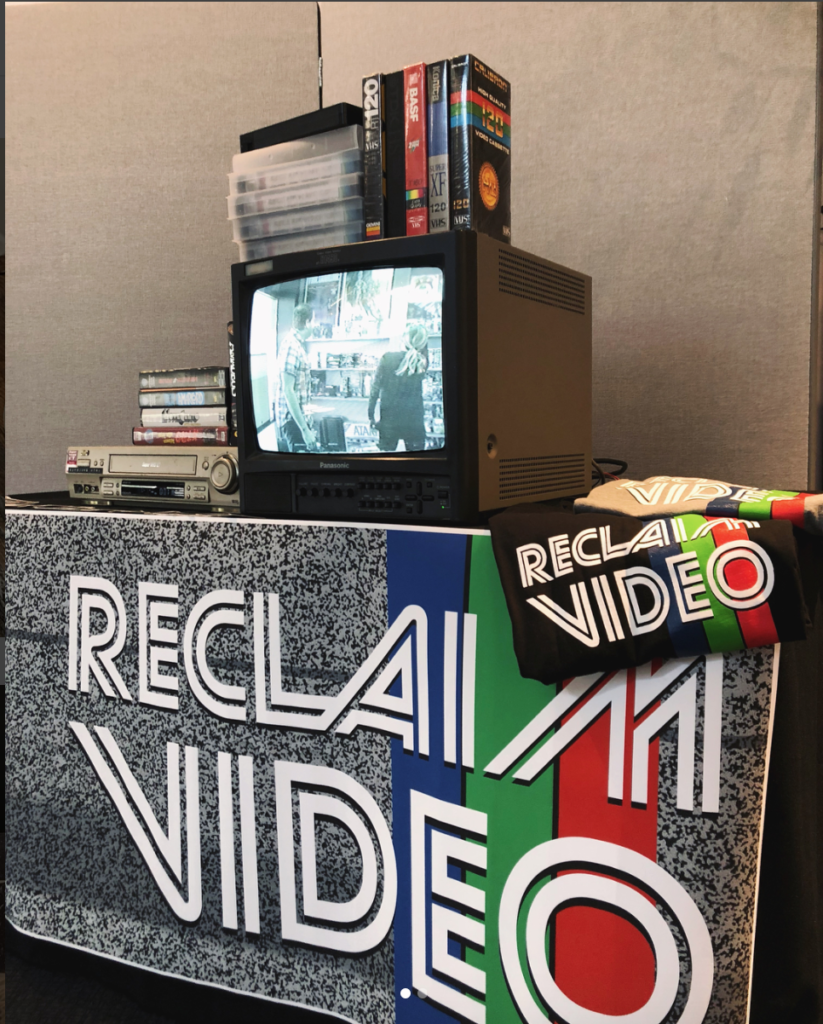 We also had a booth, and the amazing crew at Watershed supplied us with a CRT monitor and a region-free VHS player—I think they were the most excited about Reclaim Video’s presence at the conference. The booth was awesome, and it just played films like Blade Runner, Xtro, Amadeus, and more. We also had a stack of shirts and stickers for those swag-minded retrotechs.

Another piece of the OER18 sponsorship was an ad in the program, and, well, we remixed some OG “OER.” 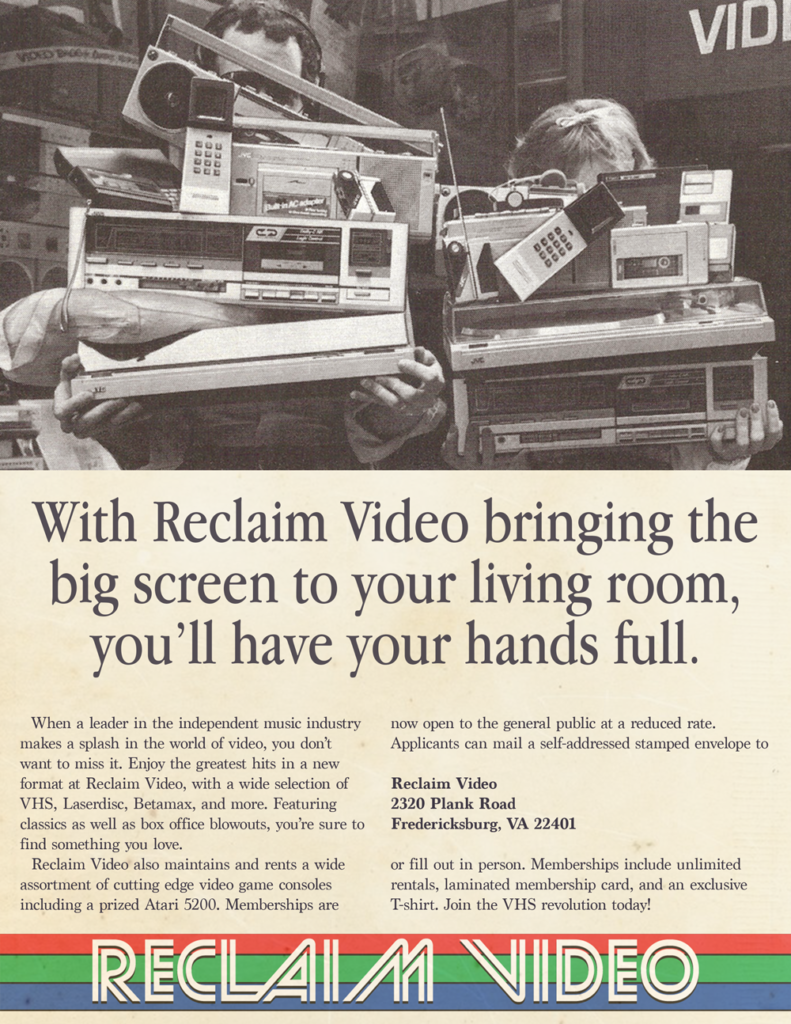 Tim’s design prowess was responsible for the logo, and it’s amazing how much goodness can follow on a solid logo. What’s more, I already mentioned that a major reason for doing Reclaim Video was to have some fun. And, if you think about it, Reclaim Video is kind of a mashup of ds106 and the Living Room Console—which are two of my very favorite things. And while we fully understand Reclaim Video is not a viable business, its value as an indulgent, nostalgia-peppered space filled with fun and whimsy should not be underestimated. The space has already helped us all divert some of the intense work that running Reclaim Hosting requires into a joyous alter-ego company. Reclaim Video is a creative release that the good folks at OER18 did not bat an eye about incorporating into their proceedings—and that’s open education in action! To quote Yo La Tengo: “It’s a waste of time if I can’t smile easily.” Smiling at Reclaim Hosting (and now Reclaim Video) has not been an issue these last 4 years or so—and cultivating that fact should not be an afterthought to any venture 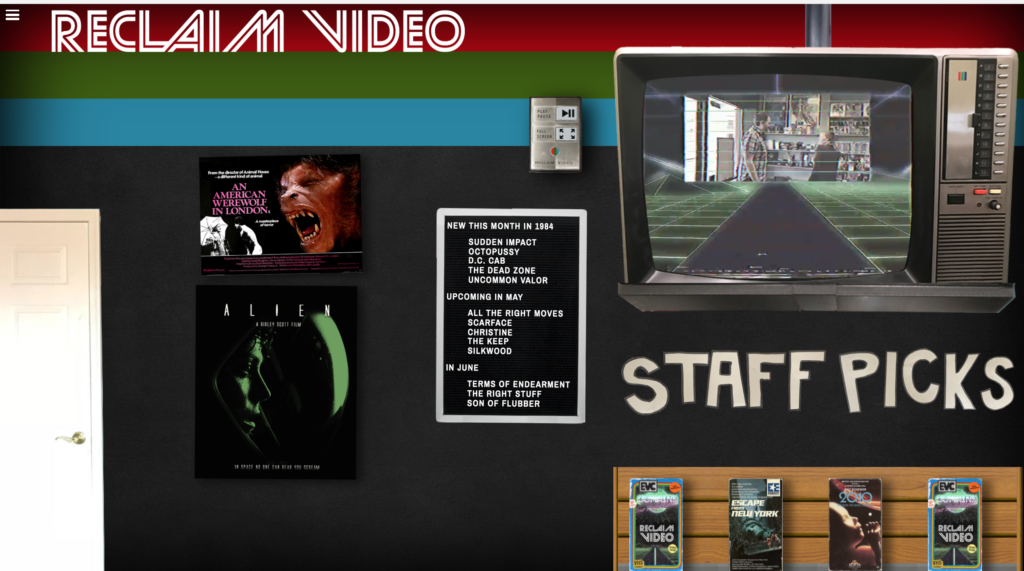 Oh yeah, we also launched a brilliant website that will be an central node of Reclaim Video that Michel Branson Smith brilliantly put together for us. But I am saving that for my next post, cause the website is going to be an ongoing, evolving piece of Reclaim Video that I am very interested in taking some time and energy to think about here.

*This is a problem I have, fantasizing about the strip mall haunts of my past. Intensive therapy hasn’t helped.