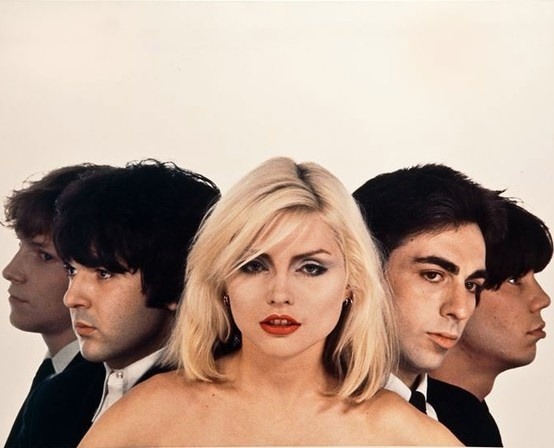 With the move of Reclaim Hosting’s infrastructure to DigitalOcean, we’ve had to retire fewer and fewer shared hosting servers. For us there is a natural cycle of students and faculty that sign-up for a class or project and a fair number no longer need the space after the class or project is done, which means there content is ultimately removed and we can keep using those servers without overcrowding. It’s a lot more sustainable than our previous setup with ReliableSite, and it means we have to add fewer shared hosting servers than previously. That said, the need still arises and given we’ve had to retire a bunch of servers like ramones, minutemen, huskerdu, unwound, etc. it’s nice to be able to reclaim the classics and bring them back to life—it’s like the inevitable “re-united and it feels so good” tour for servers. We actually started this in June with our last shared hosting server Fugazi and even followed up in August with a revival of our very first server Clash (just now realizing I never blogged that one!) so when Tim was inquiring about our next server name I just happened to be listening to Blondie‘s 1978 masterpiece Parallel Lines in Reclaim Video. To get even further in the weeds, neither Fugazi nor Blondie were previously shared hosting servers, rather they were the hostnames of the dedicated servers we were using on ReliableSite to manage several virtualized instances of Domain of One’s Own (DoOO) for schools using Solus. We quickly stopped naming DoOO servers after bands given how hard it was becoming to remember what band maps to what school, and simply named the server after the school. So the new shared hosting server names are actually ones that never really saw the light of day because they were effectively wrappers for a group of virtual private servers for various schools. There are a few others of this variety that we need to revive as well, namely Sonic Youth, the Replacements, and GenX. There ‘s  strange consistency and persistence to it all, at least in my mind. And now that there is even a pattern emerging, Fugazi (DoOO VPS server) then Clash (our first shared hosting server) then Blondie (another DoOO VPS server) the next server name has to be a throwback to the OG shared hosting servers, and I have a good idea which one. What’s in a name? Everything.

I care, but I don’t care that you don’t know!

This has been quite a semester for shared hosting servers. We spun up D.O.A., Sebadoh, and Wire in January alone, but the hits just keep on coming at Reclaim Hosting. While I was back in Fredericksburg two weeks ago I was binge listening to Yo La Tengo. I could not get enough, and given they’ve been making music since the mid 80s there was plenty to choose from. When we decided we needed a fourth shared hosting server this semester*—there was no question this one would be dedicated to the indie-rock royalty from Hoboken, New Jersey.

My introduction to Yo La Tengo started fairly late with their 1995 album Electr-O-Pura and then their 1997 masterpiece I Can Hear the Heart Beating as One. The latter is one of my favorite albums of all-time, and songs like “Sugar Cube,” “Autumn Sweater,” and “Little Honda” (a Beach Boys cover) offer a brilliant insight to this bands metaphorical agility, emo inclinations, and exhilarating joyrides that characterize so much of their music.

I also love their long, hypnotic instrumentals like “Heard You Looking” off their 1993 album Painful, or “Blue Line Swinger” off Electr-O-Pura:

Or their love ballad “You Can Have it All” (another cover) off And Then Nothing Turned Itself Inside-Out.

I could go on like this for a while. But I’m sure you get the point. And unlike most of the bands we name servers after, Yo La Tengo is still going strong after 30 years as a band, with an album due out in March and a tour that will bring them to Italy in May. So with that, I leave you with another ear worm from their album Fade, “Ohm:”

It’s hard not to respect the range, lasting power, and sense of joy this band brings to their work, and that might be one of the reasons they’re quickly becoming an all-time favorite.

*The fact we retired the Minutemen, Hüsker Dü, and Butthole Surfers servers last month and migrated all existing accounts to Wire, D.O.A., and Sebadoh respectively drove a significant amount of the server setup mania the last two months.

We setup our second shared hosting server in Europe last week in Digital Ocean’s London-based data center. Originally it was in response to the poor performance we were having with our Kraftwerk server in Frankfurt. As fate would have it, Kraftwerk is running better than ever since we set this new server up, but we are still ready and willing to take any request to be moved off Kraftwerk onto, wait for it …. the Wire server.

Named after London’s punk pioneers that were eluded by mainstream success of bands like The Clash, Sex Pistols, and The Ramones, but had arguably as great an influence on everything from hardcore to post-punk to alternative music of the 80s, 90s and beyond. Their debut album Pink Flag has become a classic, and to steal a quote from the Wikipedia article:

That’s something. It’s worth listening to all 22 songs, the shape and form of the album displays obvious influence on The Minutemen‘s Double Nickels on the Dime. It defies an simple definition of punk, hence its wide influence, and in many ways captures the spirit of musical exploration around the idea of punk before that word morphs into a genre-defining set of characteristics that come to dictate the form in the 1980s. My first exposure to Wire was through Minor Threat’s cover of their song “12XU:” I remember listening to them based on the cover and thinking they’re not punk. That might provide a small, solipsistic sense of how alien they could seem only 8 or 9 years after releasing their debut album. But listening to them 30 years later they’re fresher than ever. So, in honor of timeless British punk, Europe’ second shared hosting server, and the UK’s first,* is named in their honor. Special thanks to Anne-Marie Scott who was willing to help us make sure this one worked by allowing us to migrate her sites before the announcement, and we can confirm no blog posts were lost during the transfer