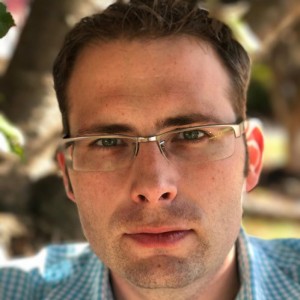 [av_notification title=’Update’ color=’blue’ border=” custom_bg=’#444444′ custom_font=’#ffffff’ size=’large’ icon_select=’yes’ icon=’ue81e’ font=’entypo-fontello’]
The complexity of hosting Discourse became too much to support and Reclaim Hosting is sunsetting this offering. We are exploring ways to bring this back in a sustainable fashion but for now, individuals who want to run Discourse are encouraged to explore the One-Click Installer available through Digital Ocean digitalocean.com
[/av_notification]

We have just 4 announcements left and we’ve saved the best for last in every sense. In case you took a digital siesta this weekend you can catch up with all of the awesome through the tenreasons category. We’ve made a lot of small and large improvements to the core of what we do, but today’s announcement and the few to follow represent a significant shift here at Reclaim because we finally have the capacity and scale to build things that we could only dream of previously. We still think our shared hosting setup is second to none, especially when matched with world class support from people who actually listen to your needs and respond. We’re now branching out to meet the needs that haven’t been met through shared hosting and one significant need here at Reclaim that we’ve been longing for since Jim and I began this crazy ride.

First a bit of background. Shared hosts operate largely on a traditional “LAMP” stack. That’s Linux, Apache, MySQL, and PHP. For years and years this has been the default for a lot of software that has helped build web publishing as we know it. The most famous of course is probably WordPress, but in a similar vein Mediawiki, Omeka, Known, phpBB, TinyTinyRSS, and a slew of other software packages that we offer through our automated installer are all built on this same framework. Part of the reason for this is security, permissions, and scale. LAMP environments work very well for large groups of people sharing resources in their own space and building on the web. But in the past few years developers have grown tired of this framework finding the limits of what it could offer the modern web. A contender by the name of Ruby on Rails grew in popularity as large social networks like Twitter adopted it. Then we saw Node.JS begin to be used more and more in notable software packages. And the struggle began because running these frameworks was never a positive experience in shared environments, often either downright impossible or severely impaired. And we get these questions a lot about whether we support this or that budding new project only to dash hopes once the technical requirements reveal that it wasn’t built for LAMP.

That’s a lot of inside baseball into web architecture and hosting infrastructure but it’s an important foundation for why we’re pushing beyond this reality today. We’re starting with a significant request we’ve personally been itching to provide for over a year now. Today we’re announcing our first addition to our product offerings since Reclaim Hosting began with the creation of a new tier of services, one of which we’re ready to deploy today.

Discourse launched their public beta as an open source tool with the mission to change the way we converse on the web last year and we haven’t stopped playing with it since. If you’re familiar with how depressing traditional discussion forums can be you’ll find so many pieces of Discourse to be an absolute thrill to experience. In fact many are experiencing this today since we helped the Connected Courses MOOC build their discussion forum on Discourse. And the connection to courses and course sites is apt because in my experience Discourse offers something that is rare when branching out of the LMS and reaching for open source tools to build a course: It’s actually better than the competition. Rather than “settling” for platform that is weaker but more “flexible” with Discourse it’s actually a huge advantage.

So we’ve built a system that allows you to get your own Discourse forum in a space separate from our shared hosting offerings and it represents the first of a breed of applications we plan to offer as a part of our new Managed Software Hosting setup. The idea is that rather than opening terminal and hoping to figure out how to update Ubuntu without crashing a server, you might just want to run cutting edge software without dealing with those headaches and would rather leave the dirty work to us while focusing on building your course and your community. Crazy idea right? We think there’s an opportunity to expose so many more people to the power of what you can do on the web on the fringes and we’re ready to help you go there. Starting today you can get a Discourse forum on your domain for $10/month. No limits or restrictions, let’s worry about that for another day. We want you to use the platform and experience what it can do for your classes and communities you’re a part of.

Speaking of communities, it seems to me the best way to let you experience Discourse would be some sort of playground to test drive the software. I can think of no better community than the one you’re already a part of here at Reclaim and it’s a goal Jim and I have thought about from day 1 as to how we can grow that community and learn from each other. So our very first Discourse forum we fired up is our very own Reclaim Hosting Community and we’re inviting you today to jump in and get involved. We’ll be using the community as an official space for discussion around all things Reclaim, as a source for tutorials and documentation, as the corner table at your local bar where we can share a pint and talk tech (or get away from tech as the case may be). Most importantly it’s a chance for us all to get to know each other a little bit better, to learn from each other, and grow this community and the ideals it represents with each passing day. Come help us celebrate a new chapter and continue to push on these boundaries of what’s possible on the web.